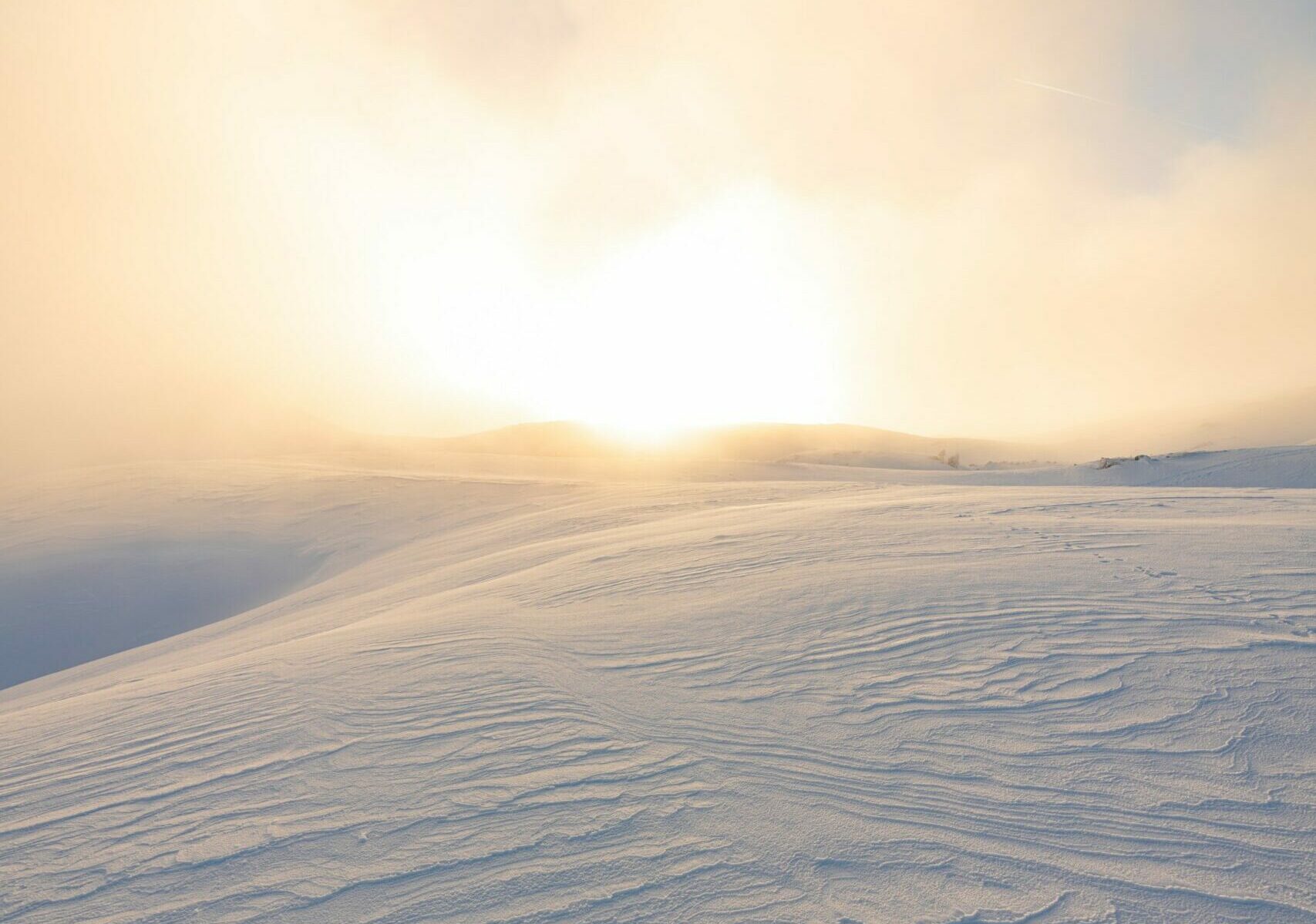 Yol Bolsun: May There Be a Road

This piece was written by Dr. Allen Gee describing an experience that has forged his life. May there be a road.

It was a cold and dreary overcast day much like it is today here in Cody. My day was about catching up from the week and spending time with the kids. Later in the day, perhaps around 3:00 or 4:00 o’clock, I finally decided that it wasn’t going to snow and that I could go for my bike ride, even though the temperature was hovering around freezing. Living in Cody the access to the bike trails is so convenient that I can ride from my house. It didn’t take me long to discover that I was incorrect in my forecast and just 10 or 15 minutes riding out to the Red Lake desert it did start to flurry. By the time I reached the dirt at Red Lake it was snowing harder and the ground and sagebrush was beginning to turn white. Another mile on and it was snowing much harder and accumulating. But at this juncture I was already out, the ground was frozen, with no wind and the quiet hush and solitude.

I was pedaling along through and through this veil of heavy snow I detected some movement off to my right. As I looked again there was a herd of about sixty antelope running past me through the snow about 30 yards away. Yet I could not distinguish an individual animal as they blended together and into the scenery like a Bev Dolittle painting. In a flash they were gone and I questioned my vision, whether I had actually seen that or not. Riding on through the desert I left a single tire track trail through the now 1-inch-deep snow as I made my way over to the Beck Lake Ridge. The snow was melting on my legs and I was getting wet through the riding tights. I did not have gore-tex on. I rode on down Prickly Pear single track making my way to Beck Lake and just before I reached the parking lot at Beck, I felt a shiver go through my body. I guess it was about 5:00 o’clock by then. It was just a brief instance but it’s one of those times where you thought “that was weird.”

The year before in December I was on my way to outreach clinic as a neurologist when my sister-in-law, who was married to my oldest brother, called me. She told me that she thought she had given my brother a stroke because they were arguing the night before and he was having difficulty getting the words out and was stuttering. When things calmed down, he was perfectly fine. But she was quite concerned. After our conversation I called my brother. I asked him what was going on and he confirmed it was a weird experience; he had known what he wanted to say but had difficulty expressing himself. As a neurologist this was concerning to me and as a brother even more so. I asked him if he had any issues with his right hand and the dexterity. He was surprised but said, “yes why do you ask?” I said “I’m a neurologist this is what I do.”

Given his episodic speech issues, the strength and dexterity concerns in the right arm and hand, I was concerned about a left cortical brain process. I suggested that he call his partners to cover his shift in the OR where he was working as an anesthesiologist. I suggested he get an MRI scan that day and see if there is an issue. The next morning, on a Friday he called me and said that he had the MRI scan and there was something there in the left cortex as I had anticipated and dreaded at the same time. Given his position in the anesthesiology group and his relationship with the surgeons they scheduled him for a brain biopsy the next morning on a Saturday.

His anesthesiology partner, who had performed the work for his biopsy, called me from me from the operating room the next morning. I was just getting dressed after my shower. He told me that the preliminary pathology was a glioblastoma multiforme. Even as I write this, I find it hard, ten years later, to tell the story. I get the flush in my face and I tear up. I knew the moment that the diagnosis was given to me what the prognosis and the clinical course would be. I knew too much to have a typical grieving process. I knew it was a death sentence. Others could hope and wish and we could explore alternatives and options. I knew how the story would play out.

We did explore every opportunity. At the time there were ongoing clinical trials for immune-mediated therapies for GBM. My brother obtained and scheduled a consultation at the University of California San Francisco for December.  I planned to meet him there to attend the medical appointments with him and his wife. I was stressed, stuck in Salt Lake City waiting for the fog to clear in San Francisco so that I could fly in and join him for the afternoon Neurosurgical appointment. Fortunately, I was able to arrive in San Francisco, though several hours late, and caught up with him at the hotel just as they were about to depart for the campus of UCSF. We did meet with the neurosurgical team and discussed the clinical trial underway using immunotherapy for possible treatments of the glioblastoma. It seemed that he would be a candidate for the clinical trial and additional evaluation was planned, including a second surgical procedure to debulk the tumor and obtain the cancer cells to create the immunogenetic response. This was scheduled for several days later.

After the consultation we returned to the hotel and soon thereafter my brother grabbed the Scotch our cousin Howard had left and a couple of glasses. He poured three fingers worth and held up his glass looking at me for a toast. I panicked. My heart leaped in my chest. I’m an analyzer. I think about things and situations and eventually come up with a reasonable response and here I was in a moment’s notice expected to say the right thing and I nearly froze. What do you say to your brother when you both know the prognosis and the death sentence and yet don’t want to give up hope and lose what optimism we had for possibilities at the time?

Surprisingly out of character for me, it occurred to me in an instant he and I both share a voracious appetites for reading. There was one particular title in all the volumes we’ve read that came to mind.  I said to him “Yol Bolsun.” And he knew. It is the saying we both appreciated from Louis L’Amour’s “The Walking Drum.”  According to the author, this is an old Turkic dialect saying meaning “may there be a road.” My brother hesitated only a moment and said “that’s perhaps the most appropriate toast I’ve ever heard.” At the time the road could have been a successful clinical trial, successful medical intervention, or it could be what’s next beyond death.

My brother was not eligible for the clinical trial. They were not able to debulk enough of the tumor and collect enough tissue to enroll him in the trial. His clinical course deteriorated over the course of the next 11 months and he passed away around 5:00 o’clock mountain time on November 11th 2011.  I will swear I felt him touch me at that moment, that day, on that ride.  An hour later, I received a phone call that he had passed the hour before while I was out on the desert.

Yol Bolsun!  May there be a road, a path, a single track.  Here and beyond.  He rides with me still.

Do The Work: Live from the Inside Out