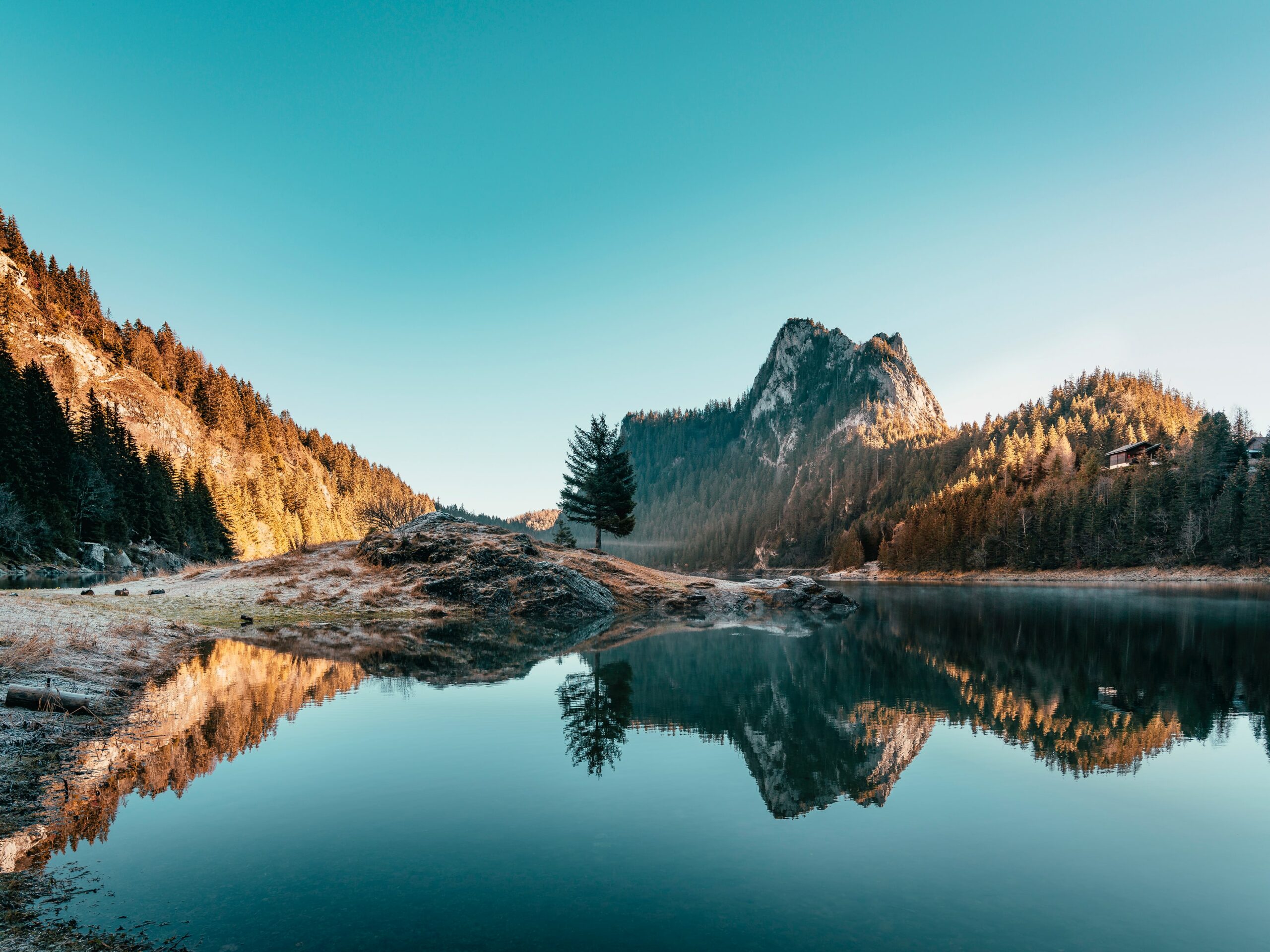 Expanding the Story of Depression: Part 2

Pieces of my vocation include expanding the story of mental illness, for words make worlds and the stories we tell about human distress impact how we feel it. This series is a 3-part publication, and this second installment speaks to my research on depression (both anthropological and neuroscientific). My intention is to share my particular point of view and how I came to my way of seeing.

My spring semester after studying abroad was dense. It felt like I was moving through jello. Everything took so much effort, and I couldn’t think like I used to. The only word I knew to describe my experience was depression. And the stories I had heard about depression were that it was caused by a chemical imbalance, that it was a disorder that happened because something was off in the brain, that it was a medical problem.

I went to student health, I asked for help, and I tried anti-depressants. And when they didn’t work for me, I blamed myself. The story my culture was telling me about my experience wasn’t big enough, and it didn’t help me to relieve my distress. I needed to find a story that could hold my experience, and I believed I wasn’t the only one who needed this.

Ludwig Wittgenstein says, “The limits of my language mean the limits of my world.” My experience of depression was limited by the language we use to explain it in the west. The stories we tell drive the explanations and solutions we create as well as shape what we think we are capable of and how we think about ourselves.

Lewis Carroll’s Mad Hatter says, “How you get there is where you’ll arrive,” and in the last 40 years the biomedical sciences have shaped how we understand depression – we have arrived at a place where human distress is explained through neuroscience, through technologies like MRI’s, pharmaceuticals, and the monoamine hypothesis. Increasingly, neuroscience is moving out from the lab and into discussions about who we are as humans, how we experience the world, what counts as knowledge, and what is considered real.

Liisa Malkki writes, “Critique is about noticing what kind of assumptions, what kind of familiar, unchallenged, unconsidered modes of thought the practices we accept rest on.”

I was curious about what our stories of depression rest on and in an attempt to have a better story to explain my own experience, I dove into researching depression both through cross-cultural anthropology and neuroscience.

Anthropologists have investigated depression cross culturally and shown that what we call ‘depression’ in the US is not a stable phenomenon – it isn’t the same the whole world over, or a universal disorder. People experience distress and depression differently in different cultures.

V. Skultans researched depression in Latvia. She tracked the movement from somatic to psychological disorders. Before the introduction of western psychiatric language, people identified with the illness experience of nervi, their nerves were identified with their body. After the importation of new psychiatric language, the shape of the concept changed, and people began to experience distress differently.

Skultans saw that people internalized their diagnosis of depression, experiencing a heightened sense of accountability and responsibility for their life circumstances despite the fact that there were few opportunities to change those circumstances. The change in the conceptual landscape changed the reality of how people experienced pain.

Ian Hacking argues that the DSM (the Diagnostic Statistical Manual aka the guide to the diagnosis of mental disorders) is a standardizing force that allows for more and more kinds of behaviors to be filed as disorders, and that this conceptual shape has subtle affects in how people think of themselves.

Jean Briggs studied emotions with the Inuit. She argues that emotions are always tied to their contextual, experiential, individual base, and that is part of what makes them powerful tools of understanding.

I argue that illnesses function in a similar way in that they are always individually experienced and conceptually shaped. Because of this, the categorization of disease and the pathologizing of behaviors done by the DSM has a significant impact on the way individuals move in the world, and navigate through different worlds.

Additionally, in my neuroscience research, I learned that very little is known about the pathophysiology of depression. It is widely acknowledged within the neuroscience field as a heterogenous disorder, meaning there are many different leads on what depression could be, and despite decades of research, science has revealed no clear explanation for depressive disorder. We don’t know what causes depression physiologically – and yet we have standardized and standardizing treatments.

Thomas Szasz writes about mental illness as a concept, one that exists in the same way other theoretical concepts exist, and his main claim is that mental illness, per western psychiatric definitions, is a concept that functions as a disguise. He says, “instead of calling attention to conflicting human needs, aspirations, and values the notion of mental illness provides an immoral and impersonal “thing” (an “illness”) as an explanation for problems in living,” (117).

Ultimately, how we conceptualize problems is how we seek their solutions. Conceptualizing problems in living as illness means we are pathologizing behavior and seeking medical solutions.

I learned that there is more work to do here with the stories of depression, specifically in regards to learning how to tell better, more honest stories. Scientific and medical stories don’t just reflect reality, they also create it. Lisa Stevenson calls this idea interpellation – the idea that naming something doesn’t just describe that reality, but also inaugurates and brings it into being.

I wholeheartedly believe doing uncertainty work paying attention to the spaces where facts falter and stretch, will give us access to better ways to think about depression and ultimately allow for better care.

My experience and my research showed me that the medicalized story of depression wasn’t the whole story, and that telling it as a single story was harmful. When I was depressed, what helped me the most was when I learned that I wasn’t in the midst of what my culture knows as a disease, I wasn’t just a pathology. I was experiencing the spiritual & psychological counterpart to great expansion; I just wasn’t ready for the intensity of the contraction.

Hari writes, “The false story is the claim that depression is caused by a chemical imbalance in the brain and that the primary solution for most people is a chemical antidepressant. The real story… depression and anxiety have three causes – biological, psychological, and social.” This was the discourse I was longing for that allowed for a complex story around depression.

I was suffering from an imbalance after coming home after having a life changing experience.

Hari also talked about the “grief exception” – which is the idea in western clinical settings that states that the only place where depression is an acceptable option for the human to undertake is when grieving the death of someone important to you. Hari asks, “Why is death the only event that can happen in life where depression is a reasonable response?”

I’ve learned that grief isn’t isolated to the death of loved ones. I experience grief in a myriad of ways for many reasons – it accompanies all of the deaths in my life: the death of change, of transformation, of moving, of friendships ending. When I think about my life and experiences, I can see a number of times where deep sadness and depression was a very reasonable response.

This book expanded the story for me – it gave me 9 different angles to explore my distress. It is in this book that I came to recognize that what I was experiencing wasn’t “depression” the disease, the big awful illness; but rather that I was a human being depressed by a profound disconnection and that this response was completely normal, rational, and acceptable. I wasn’t sick, or less than, or useless, I was isolated, grieving, and becoming more.

My research trying to answer ‘what is depression?’ has shown me that the stories we tell about mental illness produce reality instead of simply reflecting it, and that this has consequences for in how people think about themselves, their worlds, and seek solutions. I learned that not all depressions are disorders, and that human distress doesn’t belong solely to the world of psychiatry and psychology. If we don’t expand stories of mental illness, we will continue to fix the mentally ill in place, continue to internalize social, economic, and political problems, and to treat non-medical problems with medical solutions.

Expanding the Story of Depression: Part 3

Expanding the Story of Depression: Part 1